Remark This pipeline requires the Terraform Extension-extension. Ask your administrator to install and configure it.

The associated source repository is available at GitHub.

For the sake of simplicity this example doesn’t use any stage-specific configuration. Include additional configuration using additional Release variables and apply them using the Replace Tokens-task.

The deployment pipeline configures Terraform, plans the required changes, waits for approval and applies the changes. Since pipeline artifacts are not supported in release pipelines the deployments assumes that the infra is unchanged while awaiting approval. 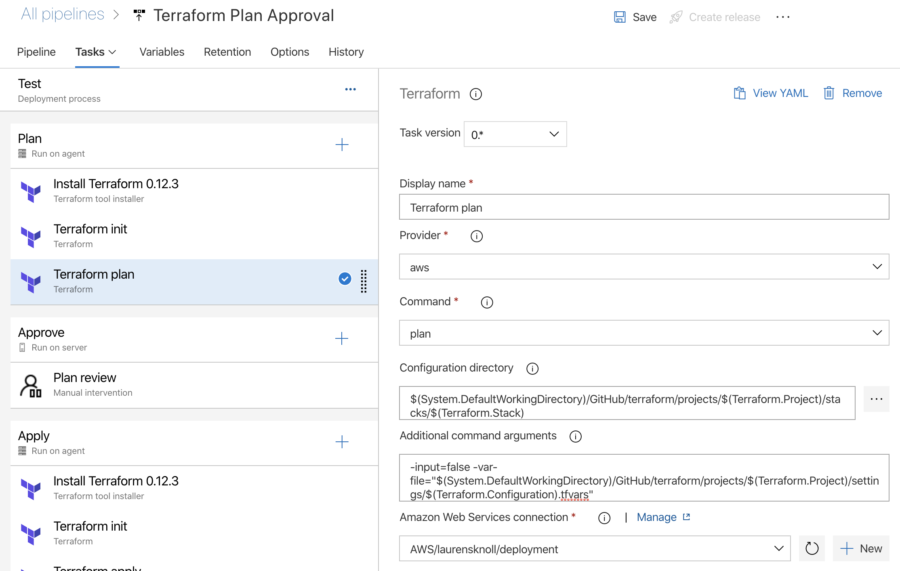 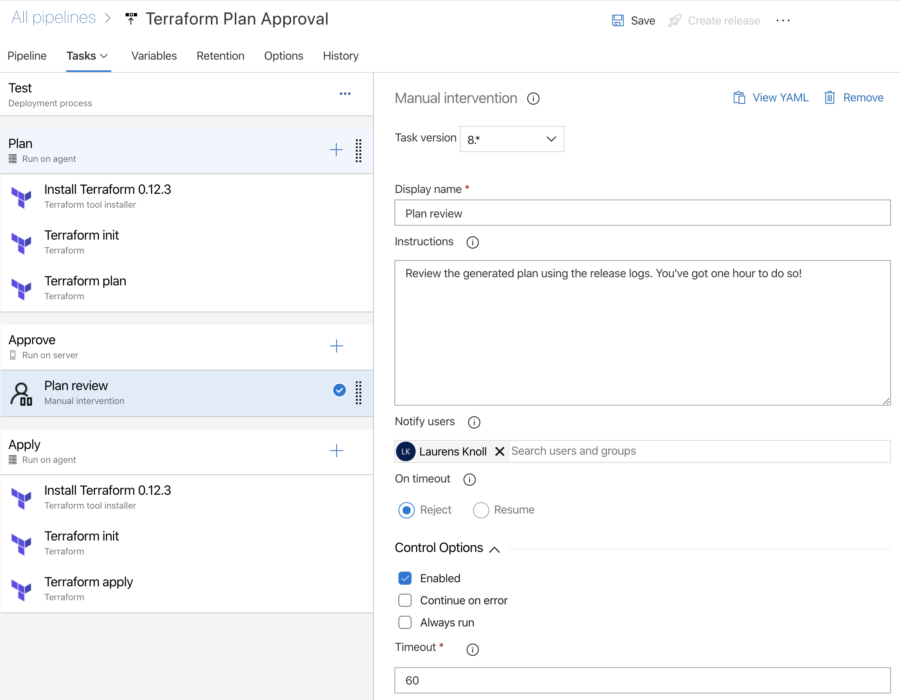 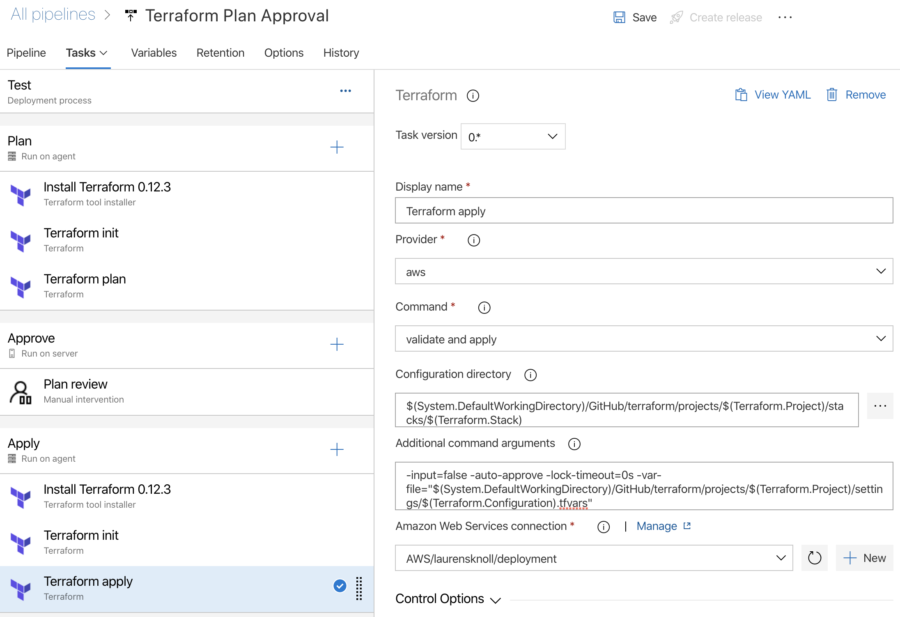 I do think that Gates and yaml-pipelines should be used instead of the Manual Intervention-task. Currently this implies moving the pipelines approval configuration to the project-level environment configuration[1]. I dislike this, because I prefer self-contained pipelines.

But can’t you use Gates without yaml-pipelines? Sadly Release Pipelines don’t support publishing pipeline artifacts. This is overcome by using external infrastructure, but I rather wait for the Azure DevOps team to implement it with yaml-pipelines[2].

Use the manual intervention-task to approve your Terraform deployments. Although Release Pipelines don’t allow to execute the planned plan, it’s always better to have a controlled deployment over a blind one.

by Laurens Knoll
As a cloud consultant I enjoy taking software engineering practices to the cloud. Continuously improving the customers systems, tools and processes by focusing on integration and quality.
linkedin.com/in/laurensknoll
Share this article: Tweet this post / Post on LinkedIn
Previous article How to delete lingering packer instances on Google Cloud Platform
Next article How to login to a Google Cloud Run container