An AWS CDK CI/CD Pipeline, essentially, downloads the application sources, builds the CloudFormation-templates, updates itself and deploys the application. Note that the self-update enables easy addition/removal of pipeline stages.

Let’s test CDK Pipelines by deploying to AWS ECS. Since ECS is well-supported by CDK and CloudFormation, I expect a pretty painless implementation.

The application source, Dockerfile and cloud infrastructure are provided at GitHub.

The ECS CI/CD pipeline includes an app build stage to create container images. Because the images are built after the CloudFormation-templates, we have to figure out how to specify them. Since the CdkPipeline.addApplicationStagedoesn’t support parameterOverrides, I implemented a tagging convention. All images are tagged with the GitHub commit id. And since the application- and infrastructure code are versioned together, we build valid CloudFormation-templates.

Remark It’s possible to use parameterOverrides by creating the CodePipeline stages yourself. Since this defeats the purpose of CdkPipeline, I don’t recommend doing so.

Building the pipeline is pretty painless. All CI/CD infrastructure is defined by the following code.

And after the CI/CD Pipeline stack deployment, the pipeline executes. Painlessly. 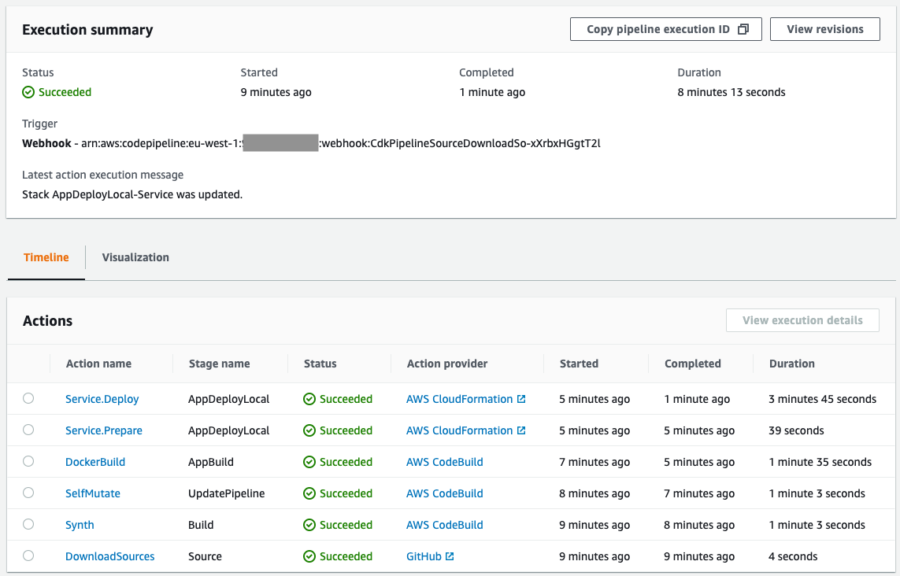 Implementing a AWS CDK CI/CD pipeline is nearly painless with CDK Pipelines. So start using AWS CDK to build and run your application on AWS. 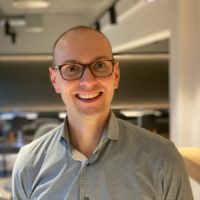 by Laurens Knoll
As a cloud consultant I enjoy taking software engineering practices to the cloud. Continuously improving the customers systems, tools and processes by focusing on integration and quality.
linkedin.com/in/laurensknoll
Share this article: Tweet this post / Post on LinkedIn
Previous article How To Run Container Background Tasks With Cron
Next article How to automate Google site verification with terraform